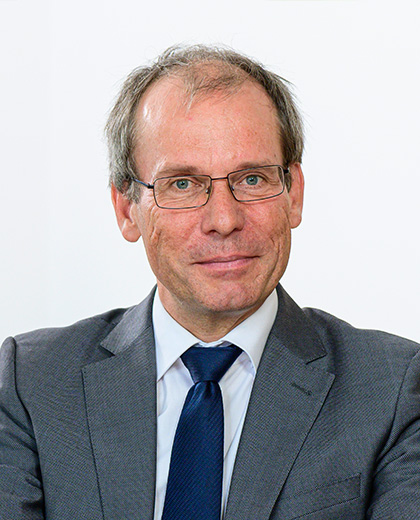 Bernd Fitzenberger has been Director of the IAB since September 2019 and, since 2015, Professor of Econometrics at the Humboldt University Berlin.

From 2004 to 2013 and from March 2017 to 31 August 2019, Bernd Fitzenberger was a member of the scientific advisory board of the IAB. In addition, he is a research associate at the Centre for European Economic Research in Mannheim, Germany, a research fellow at the IZA Institute of Labor Economics in Bonn, Germany, at the CESifo in Munich, Germany, and at the Research Center for Education and the Labour Market in Maastricht, the Netherlands, as well as an international research affiliate at the Institute for Fiscal Studies in London, UK. He is also co-editor of the international journal Labour Economics, associate editor of the international journal Empirical Economics, and a member of the editorial committee of the Journal for Labour Market Research. Since 2014, he has been the coordinator of the current DFG research priority programme “The German Labor Market in a Globalized World: Challenges through Trade, Technology and Demographics” (SPP 1764), whose coordination office is located at the ZEW.

All articles in Bernd Fitzenberger

What helps the “ka-boom”? Five elements of a sound economic stimulus programme for Germany

The German Bundestag and Bundesrat passed a Coronavirus Tax Relief Act on 29 June 2020 that involves the first key elements of a large scale economic recovery programme, designed to get the German ...read more