In spring 2020, the Covid-19 pandemic paralysed public life in many countries. Schools and daycare facilities closed. Many men and women started working from home or switched to short-time work. The IAB initiated several surveys to monitor the effects of this unprecedented situation. Two IAB Brief Reports resulting from these surveys focus on the consequences of the first lockdown for families with children under twelve years of age in Germany. On the occasion of International Women’s Day, the Forum editorial team asked Claudia Globisch and Michael Oberfichtner about the role assignment between mothers and fathers during the pandemic.

Who was more affected by the lockdown in Germany in spring 2020: mothers or fathers?

Michael Oberfichtner: An online survey that we conducted together with the IZA (Institute of Labor Economics) shows that mothers in Germany carried a much bigger load during the lockdown. Although we see similar overall losses of working hours for women and men and an increase in childcare for both mothers and fathers due to the school closures, this increase was more significant for mothers. This fits in well with the fact that the life satisfaction of mothers dropped more during the lockdown.

The life satisfaction of mothers dropped more during the lockdown.

How did parents divide paid and care work during the first lockdown? 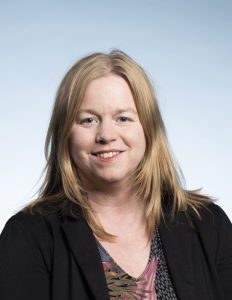 Dr Claudia Globisch is researcher in the staff unit “Research Coordination” at the IAB.

Claudia Globisch: As Michael Oberfichtner says: during the lockdown, overall care work has increased immensely because of the closure of schools, kindergartens, and daycare facilities. The analysis of our survey – a high-frequency panel in which a diverse team from the IAB participated together with researchers from other institutes – shows that the distribution of care work in families hardly differed before and during the pandemic despite this rise.

Oberfichtner: When we consider the burden on parents, it is also crucial not to forget single parents. This group has probably been affected particularly severely by the closures. Unfortunately, we cannot derive reliable, quantitative statements about this from our data because too few single parents participated in the surveys. This calls for further research in this regard.

Under which framework conditions were the roles least unequally assigned?

Globisch: The decisive factor is what arrangement for care work the parents had in place before the pandemic. If the parents were already using full-time childcare beforehand, for instance, because both parents worked to a greater extent, they also shared paid and care work more equally during the lockdown. The place of work should not be underestimated either: If mothers worked more than 20 hours a week outside their home and fathers worked from home, fathers proportionately participated most in childcare. Furthermore, the findings on fathers in short-time work show that working hours are an essential factor: working fathers in short-time work were more likely to increase their share of childcare work as compared to before the pandemic than fathers who were not on reduced hours.

When fathers took on more care work, this was usually born out of necessity and only temporary.

How did the assignment of roles in families develop after the end of the first lockdown?

Globisch: When fathers took on more care work, this was usually born out of necessity. And only temporarily according to the latest IAB-studies that go beyond the data on which the IAB Brief Report is based. By September 2020, the original role assignment between genders had returned to the pre-pandemic level. Moreover, initial figures from the second lockdown in January/February 2021 show that, again, fathers took on slightly more childcare but less than during the first lockdown. And this additional participation, too, declined again with the end of the second lockdown.

There were concerns at the beginning of the first lockdown that the closure of schools and childcare facilities would lead to a major step backwards in the equality of mothers and fathers. What does your data make of this?

Globisch: In Germany, it was debated that there had been a retraditionalisation of gender relations. This would mean that mothers permanently withdrew from gainful employment to take on more care work than before the pandemic. Our data does not support this. Neither did mothers cut their working hours to a greater extent than fathers, nor was the distribution of care work different than before the pandemic. Hence, we cannot constitute a step backwards in Germany – but neither can we speak of progress. 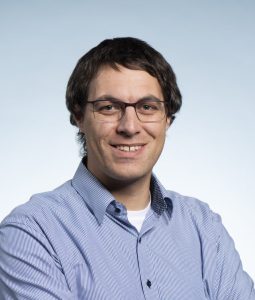 Dr Michael Oberfichtner is researcher in the department “Active Labour Market Policies and Integration” at the IAB.

Oberfichtner: Our study also shows a rapid return to a situation as it was before the pandemic. However, we see a danger in the experience of uncertainty that the companies have made with parents due to the closure of daycare facilities – an uncertainty that is still ongoing due to the pandemic. If companies do not know whether mothers and fathers can reliably show up to work the next day, this may affect their personnel decisions, especially when it comes to assigning demanding tasks. When in doubt, employers will probably prefer not to assign important, career-relevant projects to people at risk of being suddenly absent from work. And especially in the current situation, these absences from work of parents go well beyond the usual sick days of adults.

Such concerns are also reflected in the International Women’s Day motto “Break the Bias”.   If line managers expect that mothers, in particular, take on sudden childcare work, this can lead to the assumption that you should rather not assign mothers the most demanding tasks – including the associated detrimental effects on their careers.

If employers fear that mothers will be absent because of sudden childcare, they have an incentive not to entrust them with critical projects. Concerns like this are reflected in the International Women’s Day motto “Break the Bias”.

On International Women’s Day, we would also like to look beyond Germany. What was the situation like for women in other countries that had also enforced a lockdown?

Oberfichtner: Our results fit well into the picture of the first stage of the pandemic from an international point of view as well. We see in many countries that women in the labour market were much more affected by the recession as compared to previous crises. And if we consider the distribution of paid work and childcare, we see similar patterns, for example, in Spain and the United Kingdom as in Germany.

For Germany, it is remarkable how similar the findings of our two studies are – although they are based on two different surveys. Other studies in Germany also confirm the same basic patterns, even if the focus and interpretation of the analyses differ in some cases. Overall, this speaks for the robustness of the results.

Due to the pandemic, many families had to arrange their working hours and place of work more flexibly at short notice. Do you see opportunities for more compatibility of family and career and also for the equalisation of gender differences in the longer term?

Globisch: Our findings show that it is not the home office per se that leads to a gender-equal division of care work. It depends on who takes advantage of working from home and how the negotiation processes between the couples take place. However, there is potential with comprehensive childcare and especially when fathers work from home or in the alternation between both parents.

Oberfichtner: The pandemic has proven that cooperation staggered in terms of time and place also delivers good results for companies. I, therefore, consider the flexibilisation of working life to be promising – also beyond the pandemic. And even if we could not observe this in the short term because of increased childcare obligations, I believe that parents, in particular, will be able to benefit from this.

More time resources have positive effects on the assignment of roles.

Which conclusions can politics, the economy, and society draw from your research findings?

Globisch: Well-developed and high-quality childcare is definitely a prerequisite for both parents to be able to work. There is still room for improvement in Germany in this regard. But the fact that even during the lockdown little has changed in the division of care work in families shows that in Germany, it is above all engrained social roles that influence the negotiation processes between couples decisively. The unequal distribution of full- and part-time work among men and women further solidifies these roles. The joint assessment of married couples in German tax law – the so-called “Ehegattensplitting” – which leads to significant financial advantages for couples with unequally distributed incomes, and the reduced social security contributions of part-time jobs up to an income of 450 euro – the so-called “minijobs” –  harm the employment of mothers and establish this pattern even more.

In order to fundamentally change the social roles, we need more role models, i.e. caring fathers and mothers working full time who are positively present in society. Parenting models with similar working hours and time accounts for different care work in the course of life could also have positive effects.

The fact that fathers in short-time work participated more in care work shows that increased time resources also positively affect the assignment of roles. However, not every family can afford to cut their working hours.

Looking after young children remains a job where you are constantly on call.

Oberfichtner: Our findings from Germany on the first lockdown show the high burdens due to the closure of schools and daycare facilities for families, especially for mothers, which can be seen in their decreased life satisfaction. If you think beyond the pandemic, however, looking after young children remains a job where you are constantly on call. Downtimes like this cannot be avoided. If couples can alternate more in looking after children in such situations in the future, this would reduce the individual consequences for careers but also the consequences for companies. At the same time, many companies have learned to organise work more flexibly. We hope that they will retain some of this flexibility even after the pandemic to allow parents to organise work and familiy life in the long term.

Winters, Jutta; Keitel, Christiane (2022): Work and family in times of lockdown: a step backwards for women?, In: IAB-Forum 8th of March 2022, https://www.iab-forum.de/en/work-and-family-in-times-of-lockdown/, Retrieved: 5th of July 2022

Jutta Winters has been a scientific editor at the IAB since June 2007.

Christiane Keitel is scientific editor in the department "Media and Communication" at the IAB.