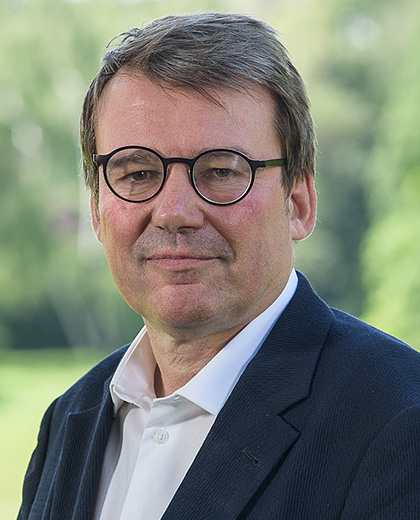 Herbert Brücker is Head of the Research Department for Migration, Integration and International Labour Studies at IAB since 2005 and Professor of Economics at Humboldt University Berlin since 2018. He is also Director of the Berlin Institute for Empirical Integration and Migration Research (BIM) at Humboldt University. He completed a degree in sociology at the Goethe-University of Frankfurt a.M. in 1986 and attained subsequently his doctorate in economics at Frankfurt University in 1994. In 2005 Herbert Brücker received his habilitation in economics from the University of Technology in Berlin. Herbert Brücker was Professor of economics at the Otto-Friedrich-University of Bamberg, Visiting Professor at the Aarhus School of Business and held research positions at the University of Frankfurt a.M., the German Development Institute (GDI) and the German Institute for Economic Research (DIW Berlin). His research interests cover international migration, European Integration, the integration of immigrants, labour markets and applied empirical methods. He has published in leading academic journals such as European Economic Review, Journal of Labor Economics and Review of Economic Studies.

All articles in Herbert Brücker

What do we know about the employment of refugees in Germany? Answers to some frequently asked questions.

In this interview, the authors Herbert Brücker and Yuliya Kosyakova answer key questions on the employment of refugees in Germany. ...read more

A good 70 percent of refugees in Germany come from eight non-European asylum seekers’ countries of origin. Their integration into the German labour market has increasingly gained momentum in ...read more

Since 2015, questions around migration and the integration of migrant men and women into the labour market, the education system and all other areas of society have moved into the centre of public ...read more