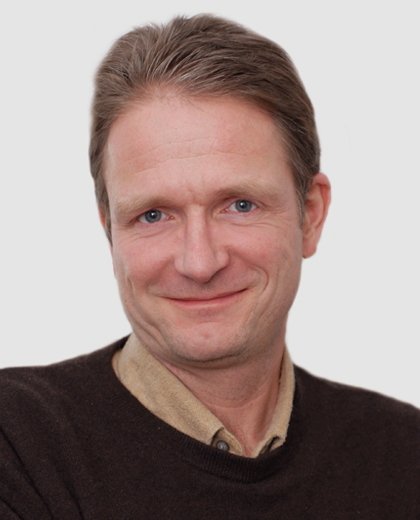 Martin Schludi studied administrative science (Verwaltungswissenschaft) in Konstanz and Göteborg from 1990 to 1997. He then carried out research at the University of Konstanz in 1997, at the Max Planck Institute for the Study of Societies in Cologne from 1998 to 2002, and at the University of Amsterdam from 2002 to 2003. Dr Schludi has been a member of the research staff of IAB since 2003, completing his doctorate in the same year (Dr. rer. phil.). Between 2003 and 2006 he acted as a personal assistant and advisor to the Director of IAB and has been a scientific editor in the dapartement “Media and Communication” since 2006.

All articles in Martin Schludi

“The labour market integration of refugees is working out much better than we expected.” An interview with Herbert Brücker and Yuliya Kosyakova

An inteview with the IAB researcher Herbert Brücker and Yuliya Kosyakova on the second wave of the IAB-BAMF-SOEP Survey of Refugees. ...read more

Big Data – the beginning of a golden age for empirical labour market research? An interview with IAB researcher Frauke Kreuter

Big Data! This is the new magic word in labour market research. But what is this really about? What is the use of it? And what does it mean for data protection and the training and further training ...read more

Pedro S. Martins is an expert spanning boundaries between science and politics: Martins, who is now doing research at Queen Mary University of London, was Secretary of State in the Ministry ...read more

13. September 2017 | Education and Chances of Employment

Should the US introduce a dual vocational training system following the German example? Four questions to IAB researcher Simon Janssen

In an article in the renowned Wall Street Journal of 8 September 2016 (“Germany offers a promising jobs model”), the American labour market economist Edward Lazear and the IAB researcher ...read more

The German labour market in a nutshell

In the late 1990s and early 2000s, Germany’s labour market was in such a poor state that the country was described as ’the sick man of Europe’. Since 2005, the German labour market has been ...read more